Most Popular Styles Of Pizza 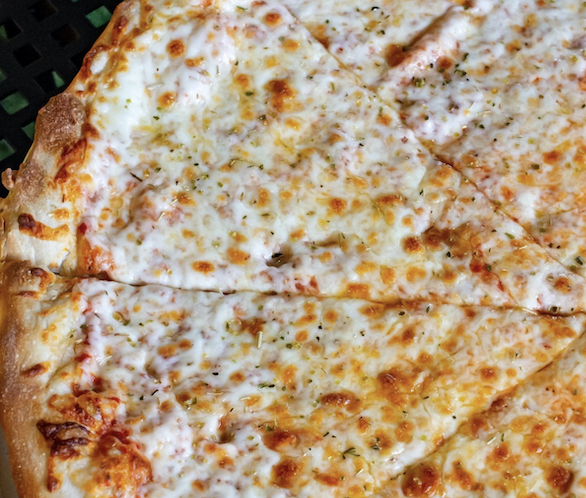 Pizza: you know it, you love it, it’s the go-do for lazy nights, party food, comfort food, etc., and let’s face it, the world would be a very different place if it weren’t for the invention of pizza. The best part is that there are so many different types of pizza that almost everyone is able to find something they like! Speaking of different styles of pizza, to avoid being biased on what the most popular style of pizza is, Empire Slice House has created a list of the top most popular styles of pizza so you can decide for yourself whether or not Empire’s New York pizza style is the best. Keep reading to learn about what makes each of the following pizza styles so popular.

Top 8 Most Popular Styles of Pizza

In the list below, we have included only the traditional ingredients but that’s not to take away from the various other pizza ingredients you could add like extra veggies, meat, and different sauces.

The Neapolitan pizza is the OG pizza, dating all the way back to the 1800s. Traditional Neapolitan pizzas, aka Margherita pizza, consists of tomatoes, sliced mozzarella, basil, extra virgin olive oil, and sometimes oregano and/or garlic. This was the most popular style of pizza for Queen Margherita herself! Visit our blog page to see multiple pizza blogs about the history of Neapolitan pizza!

Deep-dish Chicago pizza is a must try if you’re ever in the windy city. Chicago style pizza was created in the 1900s with the inspiration being Neapolitan style pizza. Traditional Chicago pizza toppings include ground beef, sausage, pepperoni, onions, mushroom, green peppers, all UNDERNEATH the tomato sauce. That’s right, the tomato sauce goes on last, on a Chicago pizza. This might not sound appealing if you’re used to a more typical pizza but this pizza is the most popular style of pizza in the Chicago region. Visit our blogs page to read a direct comparison of Empire’s NY style pizza and Chicago style pizza.

They’re large, foldable yet have a crispy outer crust, and since its creation in 1905, has been one of the most popular of pizzas in America. What else could it be other than NYC style pizza! Traditional toppings include tomato sauce, mozzarella cheese, pepperoni, sausage, mushroom, and anchovies. However, NY pizza lovers favor this pizza because there’s so much room to add even more toppings. YUM!

The Sicilian pizza is a pillow-like dough typically presented in squares or rectangles. The outer crust is most popular when crunchy and features robust tomato sauce, served either with or without cheese on the top. However, it is almost guaranteed that there will be a layer of cheese between the bread and sauce to help prevent the bread from becoming soggy.

Greek pizza was created by the Greeks of course! It is the Greek take on the Italian pizza. This style of pizza is one of the most popular styles of pizza in the New England states. Traditionally, it has a thick yet chewy crust that’s achieved by being cooked in a shallow, oiled pan. Greek pizza is famously known for being more generous with the sauce than with the toppings, however, popular toppings on Greek style pizza include a mixture of mozzarella, cheddar, and/or provolone, feta cheese, black olives, red onions, and of course a tangy tomato paste.

Detroit style pizza is directly connected to the city’s automotive industry, as it should be considering the first Detroit-style pizza was baked in a square automotive parts pan back in the 1940s. Would you believe that?! Traditional toppings include evenly spread brick cheese, on top of evenly placed pepperoni, topped off with the sauce–sparking resemblance to the Chicago style pizza. The pizza crust is well known for its extra crispy exterior and airy interior.

The first thing to note about St. Louis style pizza is that it is made without yeast, making a perfectly thin, cracker-like crust. St. Louis style pizza is typically known as the party go-to since it’s cut into three inch rectangles. In the 19th century, Italian immigrants were largely influenced by Milan and Sicilian culture, hence the sweet sauce that’s popular in Sicily. Other traditional toppings include provolone cheese and oregano.

Most Popular Styles Of Pizza in OKC

So there you have it, a clear comparison between the top 8 most popular styles of pizza. We still think NYC style pizza is the best, so what do you think? If you still aren’t sure then stop by Empire Slice House – Plaza. We are a full service pizza restaurant and bar that specializes in different variations of a NYC style pizza. Visit our website to view our full menus, to order online, see our different pizza place locations, see our daily pizza slices, apply for a job, or just to keep up with us on Instagram. Stop by our pizza place and enjoy a piece of the most popular style of pizza in OKC!