When Is The Best Time For Pizza Delivery? 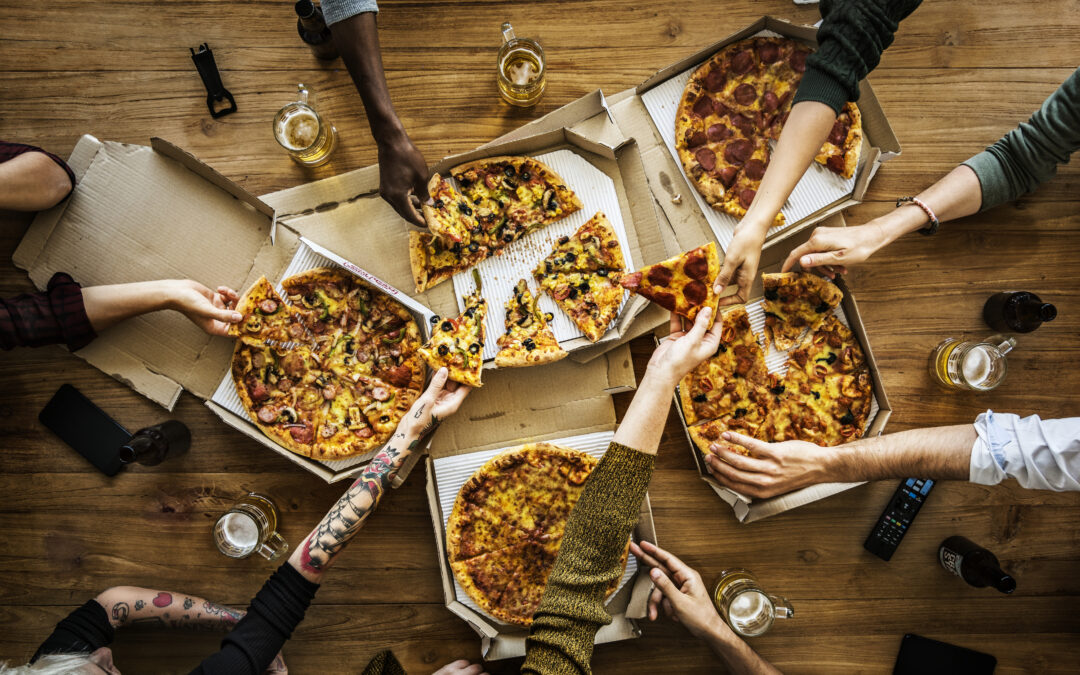 Have you ever wondered when the best time for pizza delivery is? Well, the answer isn’t as simple as you might think. Of course there are no restrictions on when you can order pizza as long as the shop is open, however there happens to be two universal times when people tend to want pizza and order takeout the most. So wherever you are in the world, the perfect time to order pizza is always the same!

Although the most popular day of the week for wanting pizza is Sunday, researchers have discovered that the first spike of pizza cravings tends to always be at 7pm. Generally 7pm appears to be the peak time for talking about wanting pizza any day of the week according to Brand watch. “I want pizza” tweets by hour are consistently at their highest at this point, hence why 7pm is the most popular time for pizza delivery.

Around dinner time, pizza is just the thing we need to refuel after a long day at work or school, so it makes sense why we see this increase in delivery. We can all likely say that we have ordered pizza for dinner at one point or another because of its sheer convenience and its delicious taste. Not having to prepare dinner can be a great way to find more relaxation at the end of the day and can give you plenty of time to rest up before the next day begins. Additionally, if you have a bunch of guests coming over, ordering pizza is always the perfect choice because of the ease and overall ability to feed a lot of people inexpensively. No matter your geographic location, ordering pizza makes for a great dinner time meal when you’re in need of something filling, tasty, and easy!

The second most optimal time for pizza delivery is at 2am. Whether you spent the night out or you have a sudden craving for a late night snack, pizza is probably in your top contenders for consumption. When it’s this late you probably don’t have the energy to get out of your house to pick up food or cook up a meal. Instead you might opt for pizza delivery so you can stay in bed and enjoy a tasty pizza without any hassle at all.
The Science Behind It All
As we have discussed, there are several reasons for ordering pizza at these two times, such as convenience and deliciousness. However there is also scientific research that backs why 7pm and 2am are the most popular times for delivery. Scholars from the University of Aberdeen have looked into the theory of universal pizza delivery times by investigating the most popular times when people go online to search for food. Their findings have been consistent across the US, UK, Canada, Australia, and India. In all of these locations people tend to have the same takeout habits, with 7pm and 2am being the most popular times for pizza delivery. Not only are these times the same across geographic locations, they are also consistent across all of the seasons.

Nicolas Scrutton Alvarado and Tyler J. Stevenson from the School of Biological Sciences at the University of Aberdeen have gone further to say that these commonalities are not happening by chance. After their analysis of Google searches they came to the conclusion that “foraging” behavior has switched online in the height of technological reliance. Foraging behavior, as defined by Alvarado and Stevenson, determines “species-specific decision rules that maximize energy gain.” This isn’t just seen in humans, but rather across the entire animal kingdom the relationship between predator and prey has resulted in decisions that “attempt to optimize the energetic gain per unit of time.” This is why we can see consistencies in pizza delivery around the world. We share the need to maximize our energy at the same time of the day!

Despite there being two universally popular times for pizza delivery, we say that it’s always the right time to go online and order from Empire Slice House in downtown Tulsa! We have an extensive selection of uniquely crafted pizzas, appetizers, and desserts that are sure to satisfy when hunger hits. Whether you’re looking for the perfect lunch, dinner, or late night snack we’ve got you covered. Visit our website to check out our full online menu, to learn more about us and each of our locations, as well as apply for a job at Empire! Make your life easier and order from us today to see all that our tasty pizza has to offer!